Generative AI: What it is and How it Works

The buzz surrounding generative ai and what is generative ai is enormous and it keeps expanding. It is one of the most significant and quickly developing technologies that will revolutionize productivity.

Here are a few of the most important predictions for generative AI:

Not giving the subject the proper attention from our side would be a major oversight. So, let’s dive in.

What exactly is Generative AI?

A computer can use existing information, such as text, audio and video files, photos, and even code, to generate new potential content using unsupervised and semi-supervised machine-learning techniques. The main goal is to create 100% original artifacts that closely resemble the originals.

Because this technology can learn to replicate any data distribution, generative AI in general, and GANs, in particular, has enormous potential. That implies that AI can be instructed to create universes that closely resemble our own in any field.

For example, generative AI may be used to precisely transform satellite photos to map views in the logistics and transportation industries, which heavily rely on location services, allowing for the investigation of as-yet-unexplored locations.

With the aid of sketches-to-photo translation utilizing GANs, X-rays or CT scans can be transformed into photo-realistic images for use in healthcare. Due to improved image quality, serious diseases like cancer can be detected early on in this method.

By learning from the available data to anticipate the behavior of a target group in commercials and marketing efforts, generative AI can also assist with client segmentation in marketing. To strengthen upselling and cross-selling techniques, it can also artificially manufacture outbound marketing messages.

Although it could appear that way, generative AI doesn’t perform all of this by magic: To enable it to produce artifacts from content found in the real world, it must be modeled.

The goal of generative modeling is to comprehend the dataset’s structure and provide analogous examples. It primarily pertains to machine learning activities that are unsupervised or semi-supervised.

The fields of discriminative and generative modeling are expanding as neural networks become more pervasive in our daily lives. Let’s get into more detail about each now.

Predictions are typically made using machine learning algorithms. Given a set of attributes, discriminative algorithms attempt to categorize input data and predict a label or class to which a certain data example belongs.

For generative ai examples, let’s say that our training data includes a variety of pictures of tomatoes and cucumbers. They may also be known as samples. Each sample has output class labels and input characteristics (X) (Y). Additionally, we have a neural network that can analyze an image and determine if it is a tomato or a cucumber by focusing on the characteristics that set them apart.

In a way, this model essentially “recalls” what the object looks like based on what it has already seen after it has been taught and used to distinguish between tomatoes and cucumbers.

So, even if you show the model an image from a completely unrelated class, like an animal, it can probably recognize that it’s a tomato. In this instance, the expected output (y) from the training dataset is contrasted with the predicted output (). We can determine how and what needs to be modified in an ML pipeline to get more accurate outputs for specific classes based on the comparison.

In summary, the discriminative model compresses information on the distinctions between tomatoes and cucumbers without attempting to define either vegetable.

Generative modeling enables us to quantify the likelihood that two events, x and y, will occur simultaneously. Instead of learning the border, it learns the distribution of distinct classes and traits.

Returning to our earlier example, generative models provide insight into the nature of the “tomato itself” or “cucumber itself.” Additionally, if the model is aware of the various varieties of tomatoes and cucumbers, then it is also aware of the variations between them.

However, there is a large class of issues where generative modeling enables you to achieve outstanding outcomes. For instance, cutting-edge technology like transformer-based algorithms and GANs.

GANs have also been utilized by researchers to create synthetic speech from text input. Natural-sounding human speech is synthesized using cutting-edge deep learning technology. These models operate directly on input sequences of characters or phonemes and provide raw speech audio outputs. You can see these technologies be used in sync with AI video makers like Elai: they serve as the technology that helps to create voiceovers for human-like avatars that the platform provides. The best thing is, speech can be really anything you write.

Do you have to worry that AI technology will, and already is, flood the tech world? We assure you – you do not. There are numerous generative ai use cases that can be useful to you and your business.

Play with them, and use them to create something new – with any AI technology you like. For example, why not start with creating a video with a digital avatar from just text?

AI Tutor, Its Importance in Online Education, and How to Get One

Is your Company Struggling to Find Qualified Instructors for Online Courses? Online...

How to Build a Video Marketing Strategy: 5 Secrets

Strategies for using video in marketing are not new. There is...

We connect with technology in a new way thanks to artificial...

One Step Ahead: Explore The Main Synthesia Alternatives

Creating videos, whether through recording and editing or using cloud-based tools,...

As long as you have access to the Internet, you can...

Tips for Creating Your Own Professional Video Script

Making a Video Script: Why it Matters Before making a video, it...

6 Types of Video For Sales Growth 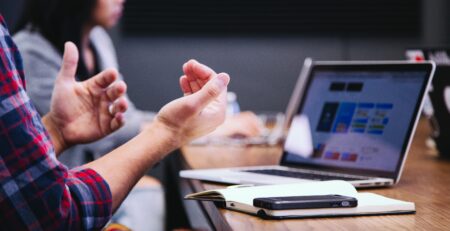 Many businesses use video marketing to reach a wider audience and...

The future is already here. According to Wyzowl's statistics, more than...